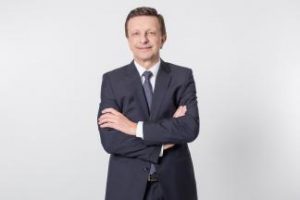 The Council of Kaunas University of Technology (KTU) has elected Petras Baršauskas as a Rector for the term of 5 years. The Rector was elected unanimously through the secret vote; this is the second consequent term for Baršauskas.

“I am thankful for the opportunity to continue the work, which is important for the University’s future. The Council trusted my vision and I feel committed to pursue the road started”, said the new Rector.

Comprehensive university with internationally acclaimed research and studies in all fields is an ultimate goal for the future of KTU, according to Baršauskas. Important steps towards it, such as starting integration processes with two top ranking universities in Lithuania – ISM University of Management and Economics and Lithuanian University of Health Sciences, are already made. According to Baršauskas, this, together with programmes for nurturing and attracting talents, will ensure KTU’s leadership in international arena.

4 candidates (listed further in alphabetical order) – Petras Baršauskas, Pablo G. Martinez Lestard, Vidas Raudonis and Alexander A. Suetin were among the candidates approved by the Council, who participated in the open international competition for the KTU Rector’s position. The position was advertised on LinkedIn, The Economist website, European Union researchers’ website EURAXESS.

The deadline for submission of documents was 22 April 2016.

2018-04-30
We are using cookies to provide statistics that help us give you the best experience of our site. You can find out more or switch them off if you prefer. However, by continuing to use the site without changing settings, you are agreeing to our use of cookies.
I agree